World History I - World War I: Imperialism and Causes of WW1 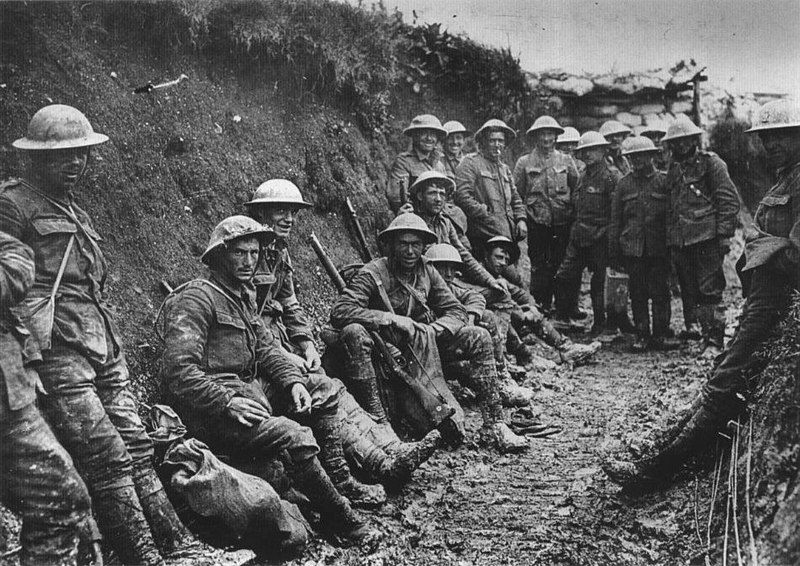 World War I (1914-1918) was a conflict that involved more countries and caused greater destruction than any other war up to its time. Following an assassination in Bosnia-Herzegovina, a system of military alliances(agreements) plunged the main European powers into a war that lasted four years. The war took the lives of about 9 million troops and more than 6 million civilians. World War I is sometimes called the Great War.

A number of developments contributed to the awful bloodshed of World War I. Military drafts raised larger armies than ever before. Industries equipped those armies with new and dangerous weapons. Barbed wire slowed the movement of troops across the battlefield, and machine guns fired hundreds of shots in less than a minute. Armies fought from vast systems of trenches (fortified ditches). Government propaganda (communication intended to shape people’s beliefs) whipped up support by making enemy nations seem villainous.

The conditions that led to World War I took shape over several decades. The unification of Germany in 1871 had created a powerful and fast-growing new state in the heart of Europe. In the early 1900’s, Germany’s quest for power caused a series of crises. Armed forces expanded, and Europe’s great powers formed alliances and prepared for war.

When the fighting began, each nation’s allies became involved in the conflict.France, Russia, and the United Kingdom—collectively known as the Entente—backed Serbia. They opposed the Central Powers, made up of Austria-Hungary and Germany. Other countries later joined each alliance. The Entente and its allies came to be known as the Allies.

Germany won early victories on the main European battlefronts. On the Western Front, France and the United Kingdom halted the German advance in September 1914. The opposing armies then fought from trenches that stretched across Belgium and northeastern France. The Western Front hardly moved for the next 3 1/2 years. On the Eastern Front, Russia battled Germany and Austria-Hungary. The fighting there seesawed back and forth until 1917. That year, revolution broke out in Russia, and a new Russian government asked for a truce.

World War I had results that none of the warring nations had foreseen. The war helped topple monarchs in Austria-Hungary, Germany, and Russia. The peace treaties after the war carved new countries out of the defeated powers. Europe never regained the leading position in world affairs that it had before the war. The continent’s weakened condition led to the rise of extreme political groups in some nations. Conditions in Europe at the end of the war set the stage for further devastation in World War II (1939-1945).