The Things They Carried: Vietnam War

Background from the World Book Online 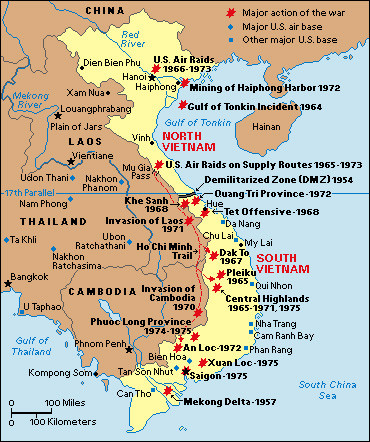