The Things They Carried: Weapons 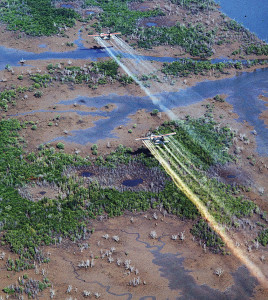 Agent Orange is the military code name for a plant-killing chemical used by the United States during the Vietnam War (1957-1975). In the 1960's and early 1970's, the United States armed forces sprayed Agent Orange over jungles and farms in South Vietnam and Laos. Agent Orange was used to defoliate (cause the leaves to fall off) trees, shrubs, and other plants. The spraying revealed enemy hiding places and destroyed food crops.