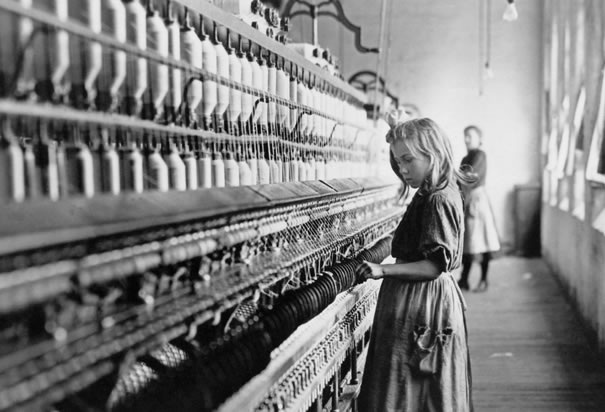 The Industrial Revolution was another of those extraordinary jumps forward in the story of civilization.

The Industrial Revolution. During the late 1700's and early 1800's, great changes took place in the lives and work of people in several parts of the Western world. These changes resulted from the development of industrialization. The term Industrial Revolution refers both to the changes that occurred and to the period itself.

As the Industrial Revolution grew, private investors and financial institutions provided money for the further expansion of industrialization. Financiers and banks thus became as important as industrialists and factories in the growth of the revolution. For the first time in European history, wealthy business leaders called capitalists took over the control and organization of manufacturing.

Historians have disagreed about the overall effect of the Industrial Revolution on people's lives. Some historians have emphasized that the revolution greatly increased the production of goods. They argue that this increase did more to raise people's standard of living after 1850 than all the actions of legislatures and trade unions. Other historians have stressed the negative effects of the revolution. They point to the overcrowded and unsanitary housing and the poor working conditions created by rapid industrialization in the cities. Most historians now believe that factory conditions and worker wages were terrible before 1850 but improved after that date. These improvements led to an increase in life expectancy for workers.

Most historians agree that the Industrial Revolution was a great turning point in the history of the world. It changed the Western world from a basically rural and agricultural society to a basically urban and industrial society. Industrialization brought many material benefits, but it also created a large number of problems that remain critical in the modern world. For example, most industrial countries face problems of air, land, and water pollution.