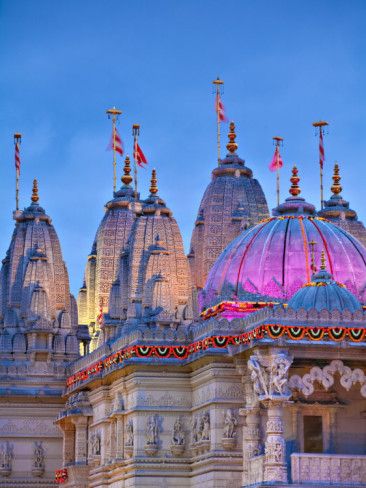 Hinduism is the major religion of India. It has about 1 billion followers. Although most Hindus live in India, Hindu literature and philosophy have influenced people throughout the world.

Hinduism represents a diverse group of beliefs, practices, and texts that have developed over thousands of years. Many Hindus claim that their religion has been practiced for longer than any other religion in the world. No single authority exists in Hinduism, and the diversity within this religion has led some scholars to prefer the plural term Hinduisms.

Like most religions, Hinduism has a variety of beliefs about deities (gods and goddesses), life after death, and personal conduct. Many groups have arisen within Hinduism and developed varying texts, philosophies, and forms of practice.

Sacred writings. Hinduism has no single book that is the source of its doctrines, but it has many sacred writings that have contributed to its beliefs and practices. The most important include the Vedas, the Puranas, the Ramayana,and the Mahabharata.