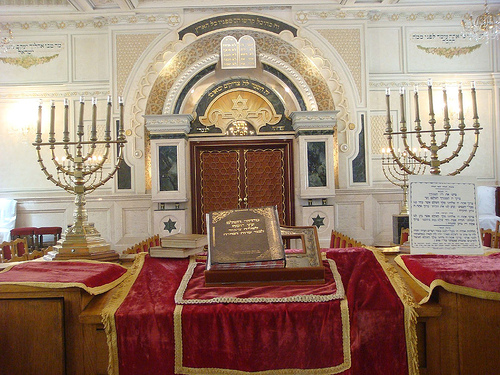 Judaism is the religion of the world's approximately 15 million Jews. It is one of the oldest major religions and the first religion to teach the belief in one God. Unlike the other major religions, Judaism is the religion of only one people—the Jews. Both Christianity and Islam developed from Judaism. These religions accept the Jewish belief in one God and the moral teachings of the Hebrew Bible. The Hebrew Bible is also called the Old Testament by Christians. The basic laws and teachings of Judaism come from the Torah, the first five books of the Hebrew Bible.

This article discusses the teachings; sacred writings; branches; structure; holy days and festivals; and customs and ceremonies of Judaism. For information about the history of the Jewish people, see Jews.

The Teachings of Judaism

The most important teaching of Judaism is that there is one God, the creator of heaven and earth, who wants people to do what is just and merciful. Judaism teaches that a Jew serves God by studying the Scriptures and fulfilling the divine commandments that they contain. Jewish scriptural teachings include both ritual practices and ethical laws. Judaism teaches that all people are created in the image of God and deserve to be treated with dignity and respect. Thus, moral and ethical teachings are as central to Judaism as its teachings about God.